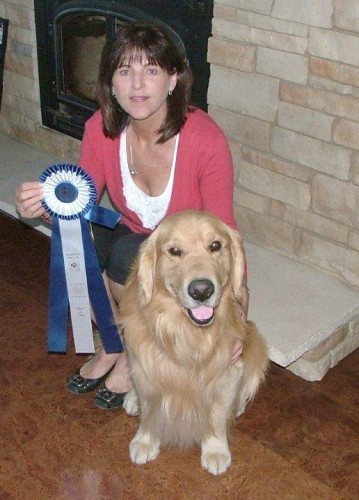 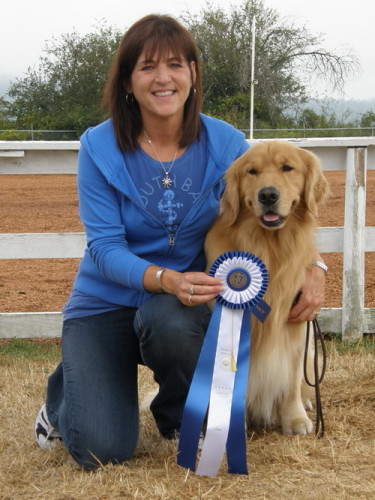 Achievements:
2013 – I’m very proud to announce that Dylan and Laurie have won the Hudson Memorial Trophy for the top scoring dog in all of the Association of Island Obedience Clubs. This is a huge achievement and I am so very proud of both of them. What a team!!

August 6, 2011 – Laurie & Dylan stepped into the obedience ring again at the Vic City Shows. They earned their third leg in the first trial to finish his CDX and a bonus pass on the same day. Well done!:o))

May 28 & 29th, 2011 – Laurie & Dylan entered the Open obedience ring for the first time this weekend and took home two great Open passes scoring 196 1/2 both times. They are a lovely team together and I was so proud of them both! That CDX is just one pass away!

May 8th & 9th – At the first show of the year, Tyee Kennel Club, Dylan went Best of Winners both days to complete his Canadian Championship. Woohooo!!

March 2009 – Dylan and Laurie have just completed their Club CD. :o) Three passes, three Highest Qualifying Score in Novice A rosettes. Way to go Laurie!! They are an absolutely wonderful team together.

August 2008 – Dylan went to his first shows as an adult and garnered four points towards his championship. Way to go – Dylan!!!

Dylan is co-owned with Laurie Kelly and is growing up to be a very handsome boy.
At his first dog show just before turning eight months old he won his class twice, was awarded Reserve Winners Male, Best Puppy in Breed and went on to win the Best Puppy in Group! He really can Zoom like Dad. 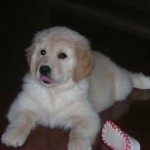 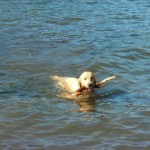 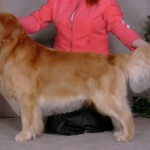