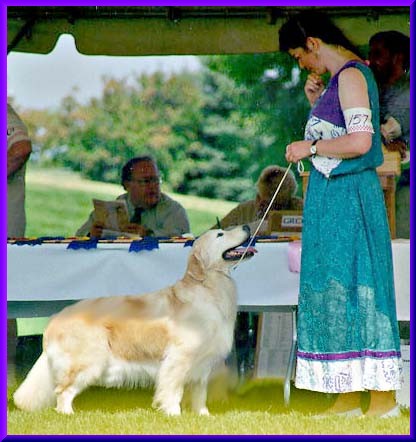 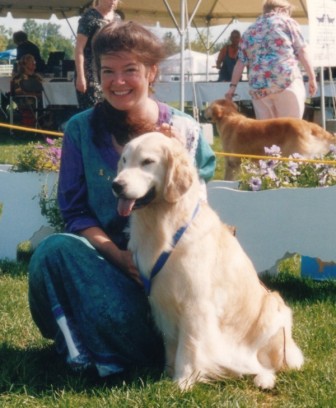 Achievements:
What can I say about this incredibly special dog. I was there the in the early morning hours when she was born and I held her as she left this world almost twelve years later. When her breeder, Brenda Beadnell, was contemplating breeding Keely (my favourite girl) to Jazz (a dog that we had seen at the shows in the States) I just had to have a puppy. Despite my very novice handling she finished her show championship at nine months of age with four Best Puppy in Groups. As an adult I showed her sporadically and she won many Best Opposite ribbons and was in the final cut at several Specialties.
When she was a veteran (pictured at the top)I took her to the 1999 National Specialty in Ottawa where she was awarded Best in Veteran Sweeps by Kathy Liebler and Best Veteran Female in Specialty by English breeder judge, Anne Woodcock. Summer loved every minute of it and I will never forget the joy of being the one to escort her around the ring!
Through the years she produced three wonderful litters including six Champions and dogs that earned more working titles than I could ever have imagined. Two of her children, Flyer & Vienna, were awarded Versatility Dog of the Year in 2005 & 2007 by the Golden Retriever Club of British Columbia. Many of her very special puppies and grandpuppies are on these pages and in some small way she lives on through them. Thankyou Brenda for this very special girl. She meant the world to me. 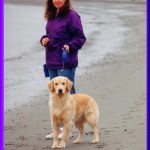 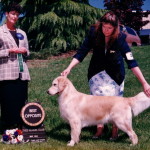