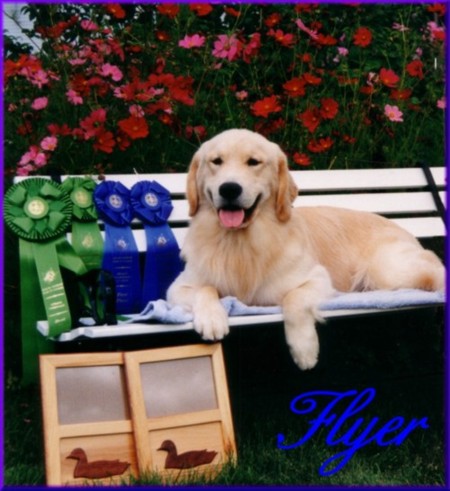 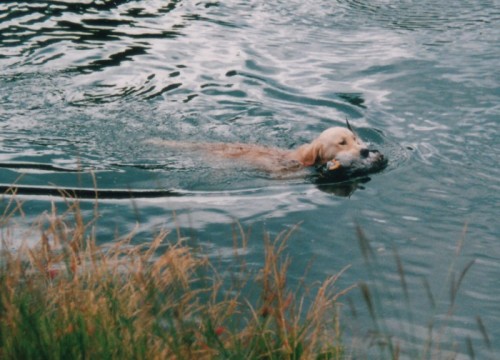 Achievements:
Flyer succumbed to histiocytic sarcoma on May 1, 2008. His passing was as peaceful as something so awful could possibly be. I miss you terribly my friend.

A very special boy from the very beginning Flyer has been a true friend and companion. He earned his first title, a TD, before he was a year old. In 1999 I took him to the Canadian National in Ottawa where he won the 12-18 month class under breeder judge Mrs Anne Woodcock from the UK. While at the National he was fortunate enough to have his picture taken by Mia Lane and his portrait is one of her Head Study series. He earned his CD in three straight with nice scores and has continued to be a willing and happy worker. I don’t train for serious competition but heeling with Flyer is wonderful and I know his smiling face will be right there beside me.
We continued to show in conformation until he got his championship and also did enough retrieving to earn his WC and JH. This qualified him for his Lifetime Versatility from the GRCBC.
After that we took up carting. Flyer earned his Draft Dog title in fine style in April of 2003. I believe he was the fifth golden in Canada to do so.
In August of 2003 Flyer completed his CDX with some nice scores.
He is a gentle and loving companion with true golden honesty and bidability. His friends call him the “Gotta Getta Gund” dog because he is just so cuddly!
In May of 2006 I put him back in the obedience ring to support my Club at our annual trials and was thrilled to bring home two High in Trials.
Thank you Flyer, for your love, trust and endless patience.

With great sorrow I have to share the news of the passing of my much-loved friend and companion, Flyer. I am so grateful for the last few months we’ve had together since Flyer’s diagnosis and the removal of his spleen. He has been well and happy far beyond my expectations and only went downhill a few hours before the time came to let him go.
Flyer’s titles speak for themselves. Each one represents so many special memories. His tracking title before he turned a year old, his exciting class win at the Canadian National, wonderful times in the obedience ring that felt like we were dancing together and eventually earned us two high in trials. Then there was the draft dog title that was such an accomplishment for the both of us. Beep, beep, beep, Flyer!
While I can no longer reach down beside me and feel your soft head under my hand as we walk along together, or look into your smiling face. I know that the wonderful thing about legends, is that in many ways, they live forever, as you will live, Flyer, forever in my heart and memory.

Flyer’s friend, Suzi, added this:
“Go to where the sun never rests. Stay on the path and you shall see a tribute of wonder. It should last for an eternity. It is the Legend of the Rose.” 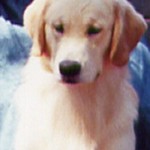 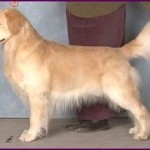 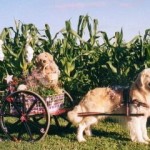 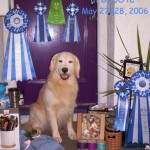 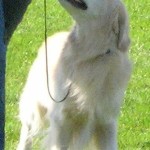 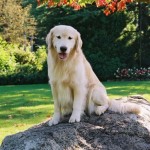 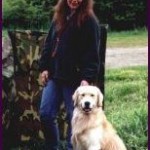 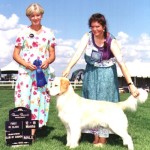